The archaeological site of Viale Trieste 105 is situated under the Council Office of Tourism, Crafts and Trade’s inner parking lot. It’s a multi-stratified settlement, datable between the Republican Rome Age and the late Imperial Age, which is included in the Roman Cagliari whose core is located in the current piazza del Carmine.

The buildings connected to the most ancient phase, oriented N/ES/W, have a quadrangular ambient marked by walls made in opus isodomum built with large calcareous stone blocks. Inside some of them some fragments of flooring made in opus signinum and limestone were identified. The remains of the mosaic flooring and the cistern can be traced in a later phase. The mosaic flooring is composed of polychrome polygonal tiles made of glass and stone and displays a decorative motif, which presumably alternated geometrical and animal shapes (a peacock was visible until the 1980s) enclosed in a braided frame.

The cistern is rectangular, partially hollowed out in the stone and partially man-made, intercepting a water spring, and it is organized into three spaces for an overall length of about 12 meters; on the summit of the perimeter walls there is a trace of a vaulted ceiling, plastered with hydraulic mortar. The flooring is made with opus signinum and mosaic tiles embellish it. To the west of the spaces there’s a segment of a sewer duct, oriented S/E-N/W, placed in opus with flat roof tiles and clay bricks. In the area traces, not visible anymore, of a later human presence dating back to the VII century A.D. and documented by capuchin tombs, were also located.

The archaeological site was dug out in the 1980s, but an excavation campaign lead between 2010 and 2011 allowed the end of the archaeological investigation; the excavation was made in the important restoration work supported by FAS-APQ Sardegna-MIBAC funds that allowed strengthen the stone walls and retrieved them from the salt and biological agents. 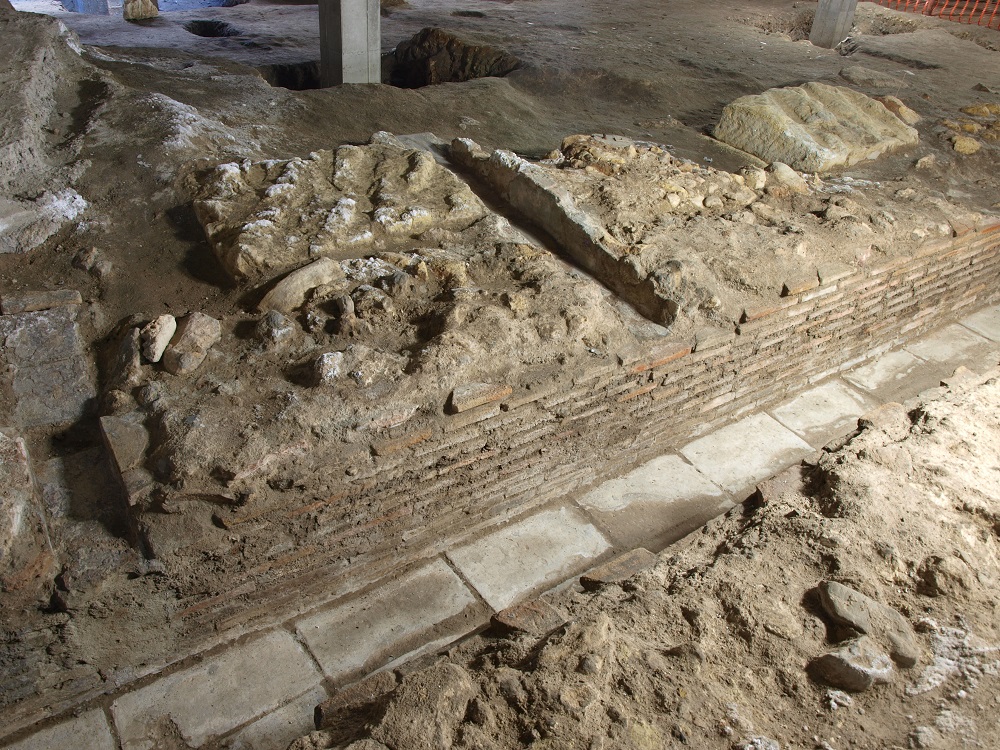