The first building of the church dedicated to Saint Helena, mother of Emperor Constantine, dates back to the first half of the 12th century. Between the 16th and the beginning of the 20th century the building was modified in its layout and furnishings by masters engaged in the most important Sardinian building sites and decorated with wall paintings. The church took on its present form with an extension project by the Piedmontese engineer Cochis in 1780; work continued until the early 1800s. The interior, in the shape of a Latin cross, consists of a single nave with barrel vault, supported by round arches and three side chapels on each side.

Among these, the chapels of the Rosary and the Blessed Sacrament (16th century) deserve particular attention; the latter, covered by a late-Gothic star vault, holds a valuable 16th century wooden crucifix and some compartments of the altarpieces of “Sant’Elia” by Antioco Mainas (1537-1571), painter of the Stampace School. The church is rich in marble furnishings: noteworthy are the baptismal font by A. Sagino (1735), the pulpit by P. Pozzo (1741), the high altar in baroque forms by G.B. Franco (c. 1818) enlarged by G. Sartorio and enriched by the display of the Blessed Sacrament in embossed silver foil from 1788. Among the 18th century wooden furnishings, the two sculptures depicting St. Helena, patron saint of the city, and the altars of the Rosary and St. Helena, now dedicated to the Sacred Heart, are of great interest.

The Sacristy (1815-1818) preserves inside the marble washbasin (1815-18) the wooden paratora (1784) and numerous oil paintings on canvas from the 17th-18th century, some of which come from the Capuchin convent of San Francesco and the church, a branch of Saints Efisio and Sebastiano. Of particular interest are the Saints Martyrs Turritani Gavino, Proto and Gianuario (17th century); St. Elizabeth Queen of Portugal (17th century); the death of St. Joseph (18th century); twelve canvases depicting episodes from the Bible (18th century); the Virgin of Lightning protecting the village of Quartu (18th century) and the portrait of the can. Giuseppe Murgia by G. Marghinotti. On 14th September 2007 Pope Benedict XVI gave the church the title of Basilica. After the restoration of the facade, in March 2011 the new tabernacle, made of polychrome marble from the main altar of the cathedral of Cagliari, was placed in the chapel of the Blessed Sacrament. 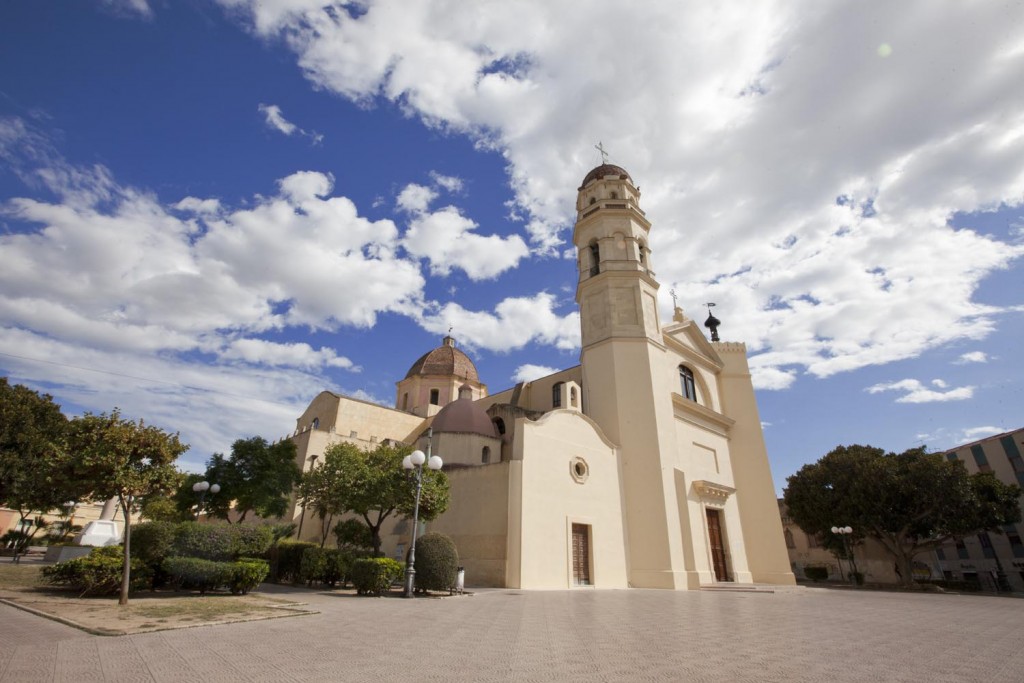