It rises on the hill of Is Mortorius in the locality of Baia Azzurra. The archaeological area was occupied during the Second World War by military and logistic settlements. The first surveys of the complex date back to the ’50s by Prof. E. Atzeni, while excavations began in 2000. It is classified among the complex nuraghi: it consists of a main tower with a tholos roof and 3 towers connected by curtain walls that outline a triangular plan of the so-called tancato type. It can be classified between the final Bronze Age and the first Iron Age. 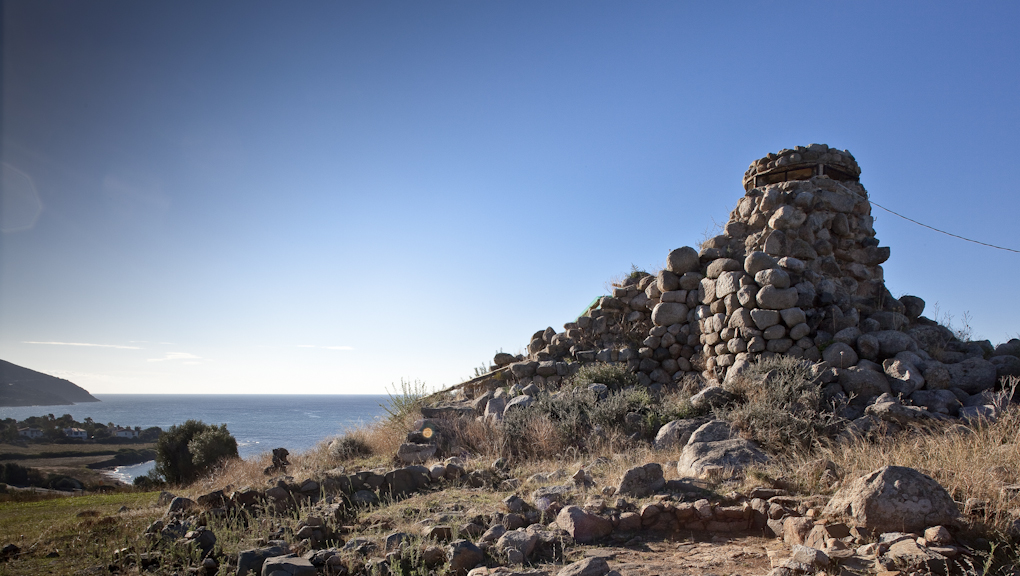