In the garden of the Capuchins, now town property, there are several monumental cisterns dug into limestone; for a long time they were attributed to the Punic period. Instead, they are ancient stone quarries where blocks of stone were extracted, perhaps in the 2nd century AD, for the construction of the nearby Roman Amphitheatre.

The quarries were used as cisterns only at a later time after being lined with cocciopesto (a plaster of mortar mixed with crushed potsherds). The largest one could hold up to a million litres of rainwater which was channelled into it from the amphitheatre in a long underground tunnel. Various surveys carried out in 1997 by the Specus Speleological Group showed that the cavity had also been used in ancient times as a prison, with many rings for holding chains observable along the walls.

In correspondence to one of these, an important palaeo-Christian graffiti going back to the 4th century AD was found. It is a symbolic image of the Navicula Petri, the Ship of the Church, with the mast in the form of a monogrammed cross and on the deck the Twelve Apostles, “the fishers of men”, sketchily represented in the act of drawing up the nets. The author was probably an unknown Christian martyr imprisoned while awaiting death in the games in the amphitheatre. 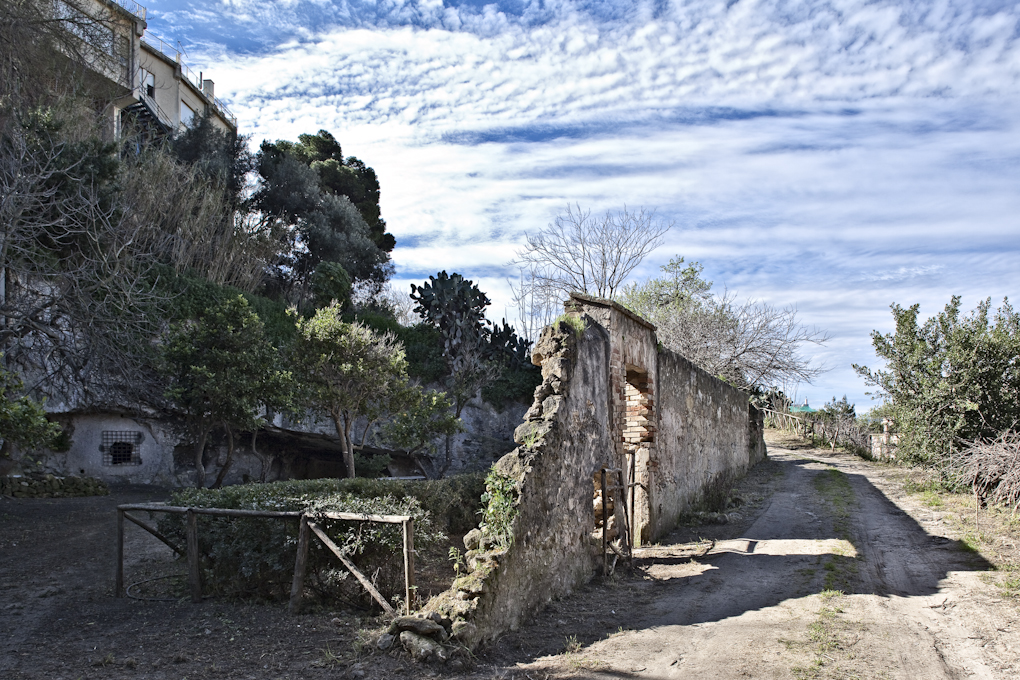