The historical centre of Bosa has kept its appearance unchanged over the centuries. Three different phases of development have given rise to three districts with different architectural peculiarities: the medieval village Sa Costa, an ancient part dating back to the 13th century, the free city Corte Intro and the 19th century settlement Sa Piatta where the citizens used to meet.

In a tempera of the 1600s, the town now appears complete and welded to the castle by a mighty wall, which protected the town as far as the river.

The village of Sa Costa is the one that, starting from the castle, extends as far as Via del Carmine. It is made up of four main streets that follow the altimetric curves of the hill and several cobbled lanes, with trachyte steps that interrupt the horizontal route. It is bordered by two long stairways called S’Iscala Longa to the west near Piazza Carmine and S’Iscala e sa Rosa to the east which can be accessed from Piazza Episcopio.

The multicoloured buildings have two faces, one upstream and the other downstream, and are characterized by one room per floor, by pink trachyte portals often bearing numerous symbolic motifs and friezes. In the lower part of the city, almost in “line” with the river, there is the urban area known as Corte Intro, characterized by court openings where trade was once practiced. Here the buildings are taller and some continue to maintain an environment

per floor, the portals are usually arched and the roof is gabled. Finally, several alleys lead to Corso Vittorio Emanuele, a place of great vitality. 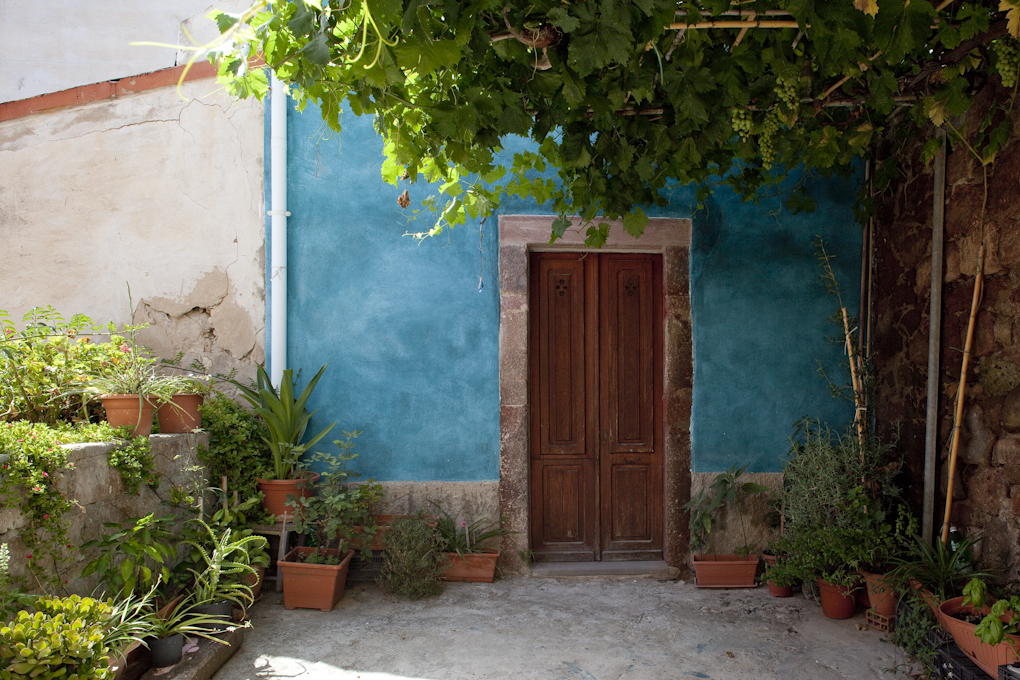