The “Ferruccio Barreca” Archaeological Museum was inaugurated in 2006 and it has an extensive collection of items and artifacts from Sant’Antioco and other localities in the Sulcis area, together with a scale reconstruction of the tophet.

There are findings belonging to the Ozieri culture (III millennium BC), Phoenician material found in the tophet and funerary goods from the Punic necropolis, such as pottery utensils, gold jewellery, scarabs in green jasper and some objects imported from the Greek area.

In addition to that, the visitor can enjoy the reconstruction of Phoenician and Punic warships and cargo boats. The Museum’s star exhibits, however, are the two lions sculpted in limestone, dating back to the 6th century B.C.. In Phoenician times, the lions likely acted as guardians of one of the city gateways and, with the same purpose, they were reused by the Punics for the acropolis. Amongst items dating from Roman times, there is a fine mosaic with figures of panthers of the 2nd century AD and a small marble female statue of the 1st century AD. 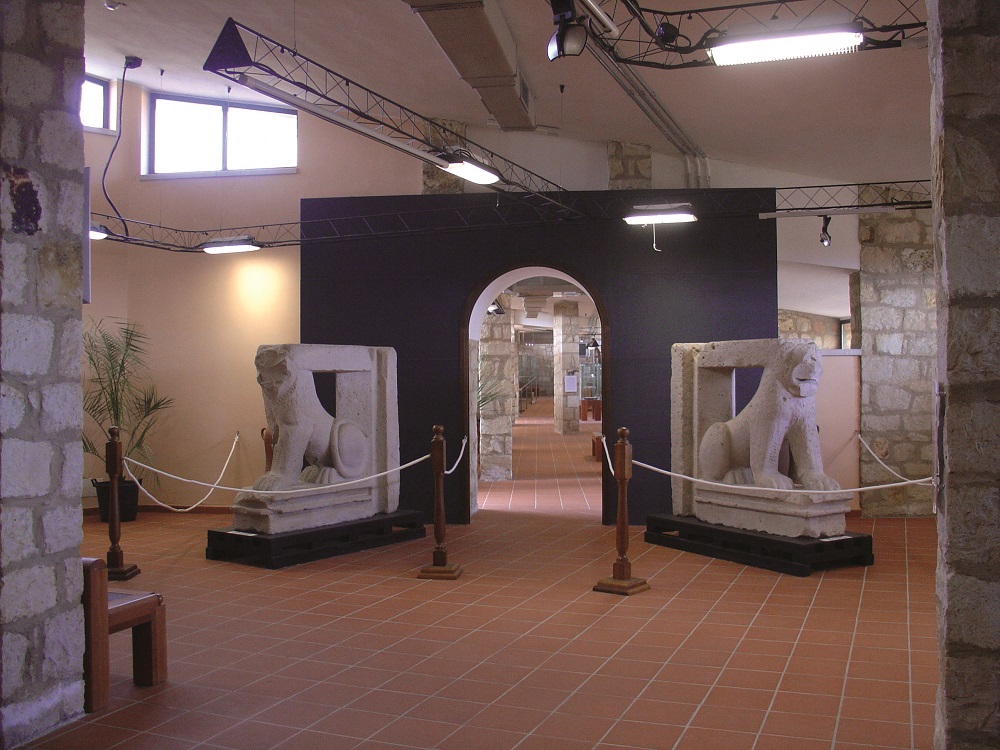