Culture with No Barriers – Monumenti Aperti to All

Besides coordinating Monumenti Aperti’s network, the non-profit cultural association Imago Mundi promotes active citizenship and social inclusion in order to create favourable conditions in society for volunteering and civic awareness. All of this, thanks to the exchange of good practice and experiences but, most of all, thanks to our cultural heritage.

Culture with No Barriers – Monumenti Aperti to All is an initiative closely linked to the main event Monumenti Aperti, which was first promoted in Cagliari in 2003. In the following years, the event has been extended to other municipalities as well. The event’s most important objective is to enable people with temporary or permanent disabilities to easily access the monuments. Guided tours for deaf people, tactile itineraries and braille texts for blind people, but also exhibitions, easy access services for people with motor disabilities and dedicated mobility services have been made available. In addition to that, the project’s second aim is to promote the ability to adapt to more complex cultural environments with different identities and beliefs. The intent is to move beyond the idea of “cultural barrier” by involving citizens from different ethnic groups in the city and, finally, to enrich the event with broader cultural visions. 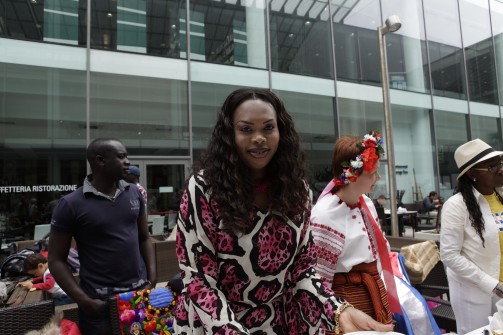 Starting from the assumption that our society is and will be even more diversified in the future in terms of origin, language, culture and religion, Monumenti Aperti’s intention is to benefit from this resourceful mixture. On the other hand, in order to recognize and fully promote an increasingly intercultural community, the event Monumenti Aperti and the Sardinian Regional Government are resolved on improving policies for the integration of foreign citizens. Based on the experience gained in the past years, however, the process cannot be defined “spontaneous” nor is its outcome obvious. What society seems to be in need of is a set of policies providing mediumterm guarantees on equal treatments and local inclusiveness between native and non-native citizens. The latter, in fact, count for 16% of the total regional wealth (GDP). The final solution to the economic crisis, therefore, is to be found and discussed together, focusing on quality and innovation. The whole community is called upon to take up such a challenge. The implementation of appropriate integration policies is necessary, as well as giving immigrants the same opportunities as residents in accessing fundamental services, such as the local and regional networks. Other services that should be made available to unrepresented citizens range from the public administration and employment network to the more informal ones regarding families and local communities. Being excluded from just one of them is more debilitating than not having a house or a job. Therefore, linguistic and cultural intermediation, information campaigns and dedicated information offices are crucial to get access to those networks.

Thanks to the precious collaboration of many volunteering associations and public and private institutions, the event manages to promote this initiative year after year. In this way, our cultural heritage will be made accessible to an increasing number of people. As in the previous years, the monuments fact sheets included in the current guide are marked with special symbols as for the different types of accessibility achieved.

Throughout the years, a lot of associations and public and private institutions have supported and contributed to the project Culture with No Barriers – Monumenti Aperti to All.