Under the guidance of Imago Mundi and the company ItinerArte, Confesercenti and Confcommercio have been experimenting a new project linked to Monumenti Aperti since 2004.

Thanks to Taste the City, in fact, a well-chosen and productive union of culture, art and gastronomy has been created. All the restaurants and small businesses in the city are invited from year to year to keep their activities open in the days dedicated to Monumenti Aperti. Commerce and culture are intertwined to such an extent that they manage to promote cultural tourism in local shops and restaurants. More specifically, craft and local products shops participate in the event, as well as trattorias, pizzerias and ice-cream parlours with their theme menus.

In the two days dedicated to Monumenti Aperti, some restaurants serve Cagliari’s typical dishes, as well as other regional traditional foods (Monumenti Aperti 2015 and 2016).

The event is also attended by restaurants belonging to the Consorzio Commerciale Naturale Centro Storico Marina. 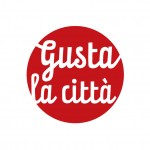